Disintermediation is the process of eliminating intermediaries in your personal supply chain.  Food is the most important area for an individual to disintermediate.  Disintermediation necessarily leads to localized/regional food production.  This implies that we would be reversing the decades long trend of ever larger agribusiness operations.  An inherently daunting challenge made even more so by the fact that the economic power of Big Ag translates to favorable, protectionist policies coming out of DC.

It is within this context that I came across a wonderful piece written by Christopher D. Cook at Craftsmanship.net titled Cuba’s Harvest of Surprises.

Cuba has more than 380,000 urban farms covering roughly 100,000 acres of otherwise unused or marginal land. These farms produce an estimated 1.5 million tons of vegetables each year—roughly 70 percent of what city residents consume. Photo by Noah Friedman-Rudovsky.

In the fall of 1989, a full quarter-century before President Obama normalized US relations with Cuba, the Berlin Wall came tumbling to the ground in a flurry of sledgehammers and concrete dust. Meanwhile, an economic tsunami was brewing on the small Caribbean island. The Soviet Bloc was crumbling fast, sending shock waves across the globe that would plunge Cuba’s food and farming into years of austerity, hunger, and radical overhaul.
Earlier that year, the international socialist market terminated Cuba’s favorable trade rates—abruptly curtailing 85 percent of the tiny nation’s trade. Imports of wheat and other grains dropped by more than half; food rationing set in, and hunger widened. Soviet aid, a pillar of Cuba’s economy, evaporated as U.S. economic sanctions tightened.

The Cuban people found themselves at the brink of starvation.  They were the experiencing the effects of a heavily intermediated agricultural sector.  All their equipment and supplies were part of a chain of dependence that left them vulnerable to disruption.  This is precisely the risk that we are all facing today because of the high level of dependence upon huge, multi-national agricultural businesses.

Economic collapse led swiftly to agricultural crisis. Cuba’s industrialized farming system, fueled, literally, by Soviet tractors and petrochemicals, ground to a halt. Oil imports fell by 53 percent, and the supply of pesticides and fertilizers fell by 80 percent. Launching an era of austerity and reform known as the “Special Period in Time of Peace,” the Castro government “instituted drastic measures such as planned blackouts, the use of bicycles for mass transportation, and the use of animals in the place of tractors” to meet the unfolding crisis, according to a report by Food First, a U.S.-based think tank focused on food justice issues.

Out of sheer necessity, an entire nation went largely local and organic. By 1990, Cuba began breaking up its big state-run farms. Much like its American counterparts, these industrial operations produced monoculture harvests, which were accomplished primarily with heavy machinery and fossil fuels. Now the government was issuing land use-rights, seeds, and marketing incentives to peasant farmers by the thousands. Over the next decade, according to “Agroecology Revolution,” Cuba’s farmers shifted to organic fertilizers, traditional crops and animal breeds, diversified farming with crop rotations, and non-toxic pest controls emphasizing the use of beneficial plants and insects. This blend of measures is part of a sustainable-agriculture approach known as agroecology. It’s often described as a promising innovation—which is a little ironic given that it draws on age-old peasant farming practices.

This growing season has been an incredible test of the spirits and ambitions of the farmers scattered across the Southeastern United States.  The ample rain turning quickly into saturation and finally, over saturation, has limited our sunshine, brought about ideal conditions for parasites, fungi, and diseases, made certain crops flavorless, and even caused devastating floods which wash away weeks of hard labor, topsoil, and the dollar value of anything planted in the path of the surging water.  When crops sit in soil where their feet (roots) are always wet, they tend to weaken and rot at the level of the soil and below, their cell walls are filled and sometimes burst from the Turgor pressure of the excess water and the plants become overly lush, a condition that makes them easy to chew on if you are a sneaky little beetle  or invade  if you are a disease or fungus.  The consistent rainfall…

The effect that a fear based existence has on a person is difficult to quantify.  Fear is the foundation of stress, bodily dysfunction, disease and a generally negative outlook the entire spectrum of existence.  It is fear that has helped us collectively destroy much of what makes us whole, healthy human beings. Fear also prevents us from forming trusting, communal relationships.  We have lived for so long in the fear based paradigm that we cannot remember what life is like without fear. 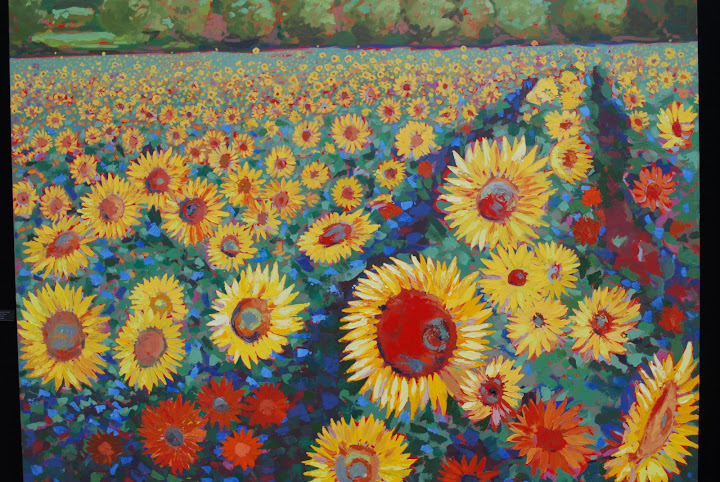 People who are “waking up” these days have been fighting against an oppressive net of fear that has trapped them for what seems like their entire lives.  But it is at this point that many are making a critical mistake:  After shedding their fear of oppression, they are turning to another fear based system.  That system deals with the question: “What’s going to happen next?”  This is essentially jumping out of the frying pan, and into the fire.

There are many personalities today who are providing an incredible amount of revelatory information regarding how we have been manipulated throughout the history of modern man.  As we learn of these deceptions we become angry and our first reaction is “what are we going to do about it?”  It should be abundantly clear that the reason we are being told of these things that were heretofore considered secrets is because there is little or nothing we can do about it.  We will regain our powers as human beings (that is a task that each of us much undertake) but at present the power structures arrayed against us are significant.  Therefore it is natural to fall prey to a feeling of fear when we think of how life is going to play out over the next months and years.

This is a time of transition.  Change will come, and it will be divine, but the transition is where the change occurs.  It s the unknown path to the future.  We must choose to eliminate this fear of the unknown, the transition, and focus instead on the change that must occur.  To illustrate with a simple example, I can choose to worry about the societal collapse that will follow the collapse of the US Dollar, or, I can instead surmise that the collapse will occur and there is little I can do to prevent it.  Therefore, I will choose to focus on how food supply systems will function in the newly emerging communities post-collapse.

When agriculture stops working: A guide to growing food in the age of climate destabilization and civilization collapse

This is Part 1 of an essay in 2 parts. Part 1, below, outlines the issues. Part 2, which will appear here tomorrow, offers ‘Ten Recommendations for Growing Food in the Anthropocene…

Summary:  As the toxic trappings of industrial civilization crumble around us, agriculture is set to regain its place at the forefront of our daily American lives.  …And won’t we be surprised to find out that it barely works anymore!  Worsening climate destabilization, combined with the legacy of industrial ecosystem degradation and the loss of crucial pre-industrial agricultural genetics and knowledge, will severely challenge our ability to feed ourselves in the decades ahead.  So perhaps it’s time we re-think our modern food-acquisition strategies in the face of the massive changes bearing down on us.  …And I mean REALLY re-think them.

The vehicle upon which mankind has been brought to this place is a 12 cylinder, gas guzzling, 8 cup holder having ride named Globalization.  While we slept this behemoth was being carrying us to 2013, and  a world facing daily, massive death and destruction.  The financial markets are about to implode.  The paper currencies are about to be put to the test on a planetary playing field.  The end of private central banking is here, and the coming adjustment will rip open the very foundations of our modern society.

The opposite of globalization is localization.  In order to go from Point A – Globalization to Point B – Localization, one must undergo the process of disintermediation.  If globalization is not the path upon which mankind will prosper, then we must look to a more localized way of life.  In order to make the change we must disintermediate; to eliminate or reduce the intermediaries between you and your personal supplies.  A globalized man would go to the supermarket and purchase an apple shipped from Oregon.  A man who has partially disintermediated gets his apple, 100% organic, from the organic farmer just a few miles away.  A man who has fully disintermediatd picks an apple from a tree.

My interest does not go to what the transition will look like.  Others will do a fine job of prognosticating that outcome.  My interest lies in what out emerging communities will look like.  How will mankind feed, shelter and clothe itself?  What will be the outcome of our attempts to rebuild the institutions of civil life? What will the process of disintermediation look like and what will cause the process to break down, if it does?

The first cation I can provide is this:  DO NOT FEAR.  For fear is the greatest barrier to achieving a localized, human society that exists in a state of Jesus consciousness.  Most people fear because it is very difficult to imagine overcoming modern problems.  There is much to be said about this.  1) Many modern problems are contrived.  Imagining the problem is far worse than the actual problem.  2) Mankind’s ability to deal with the problems is greatly enhanced by the information revolution, and 3) Mankind’s actual, physical needs are evolving and therefore things that we might think of as great needs today may not be so in the relative future.

I just wanted to give you guys a quick, sneak-peak look at the aquaponics greenhouse. Let me know what you all think…

Over 6,000 pounds of food per year, on 1/10 acre located just 15 minutes from downtown Los Angeles. The Dervaes family grows over 400 species of plants, 4,300 pounds of vegetable food,

The BIQ house in Germany, which was designed for the International Building Exhibition in Hamburg, features a ‘bio-adaptive façade’ that uses microalgae to generate renewable energy and provide shade. The zero-energy house is currently under construction and will be the first real-life test for the new façade system.